Following on from yesterday’s post announcing the upcoming update to Tiebreak, I thought I’d share with you some screenshots of the new system in action and walk through some of the design changes made. 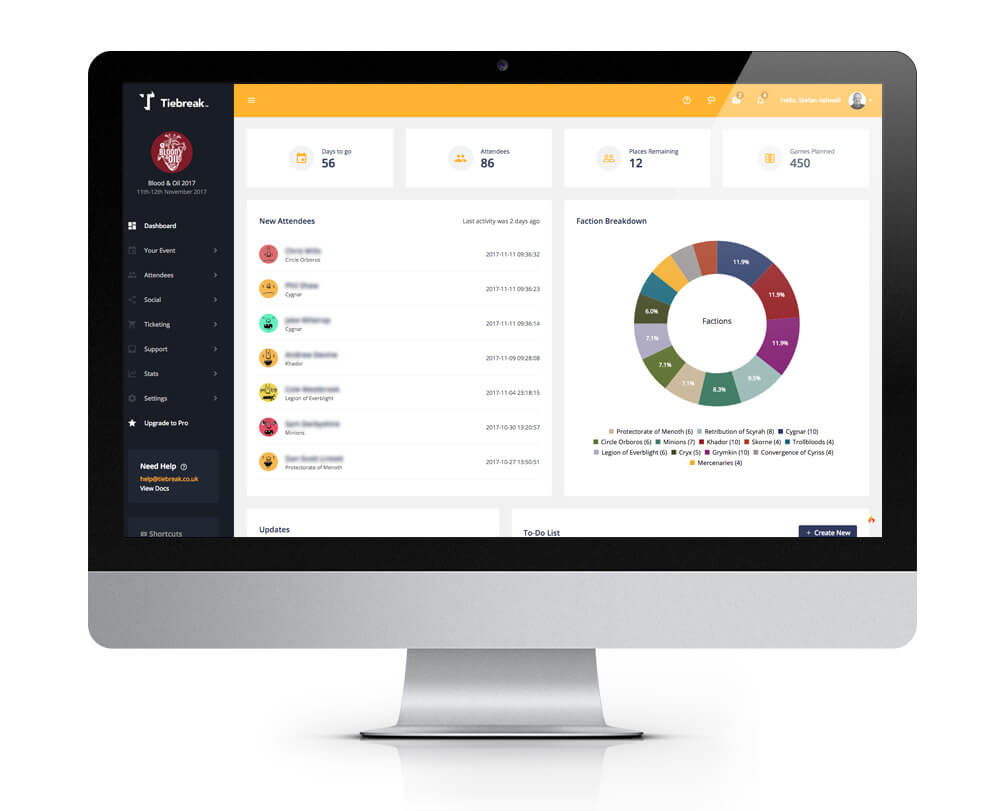 Fundamentally they layout is very similar to the old system – the system is split, with the main navigation column on the left-hand side. The navigation is now more structured, however, categorised into sections with an expandable menu. You may notice at the top right-hand side of the screen there is access to your account, alongside system notifications and message notifications.

That’s two new features right there – notifications will keep you up to date with everything happening at your event, and Tiebreak now includes a messaging system allowing members to communicate with each other and event organisers easily. There are always questions to be answered in the run-up to an event so Tiebreak is making it nice and easy for people to ask these questions, and for event organisers to answer them.

Before I get too carried away with new features (there’ll be plenty of time for those later), let’s have a look at how this design works on different devices. 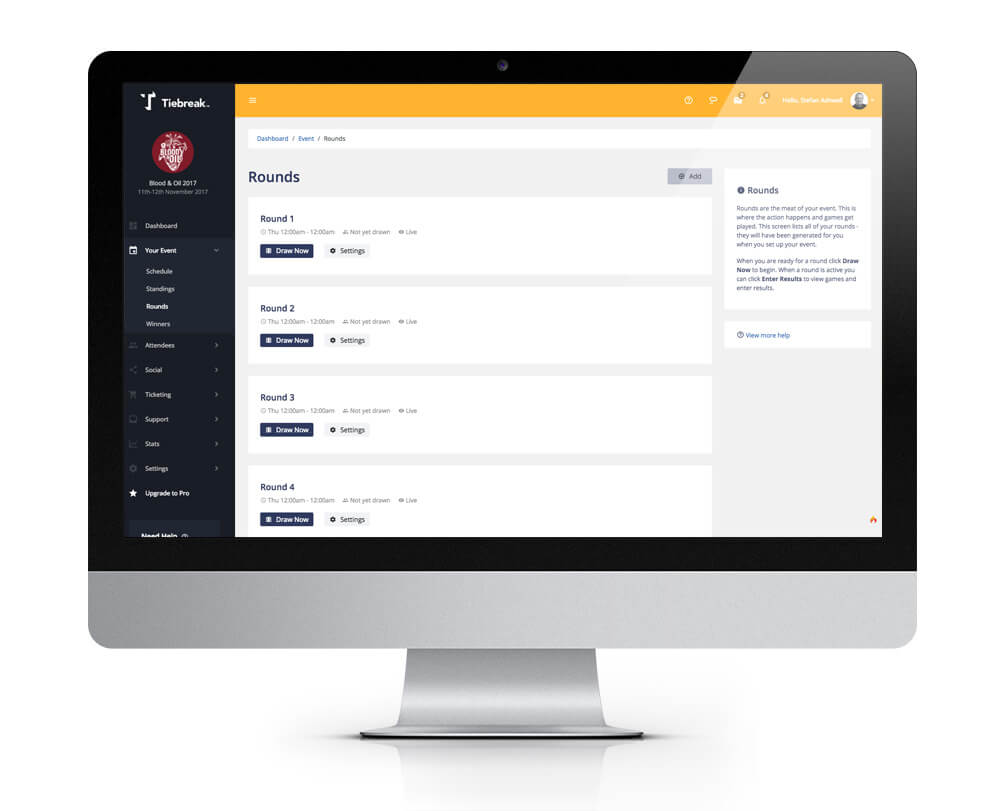 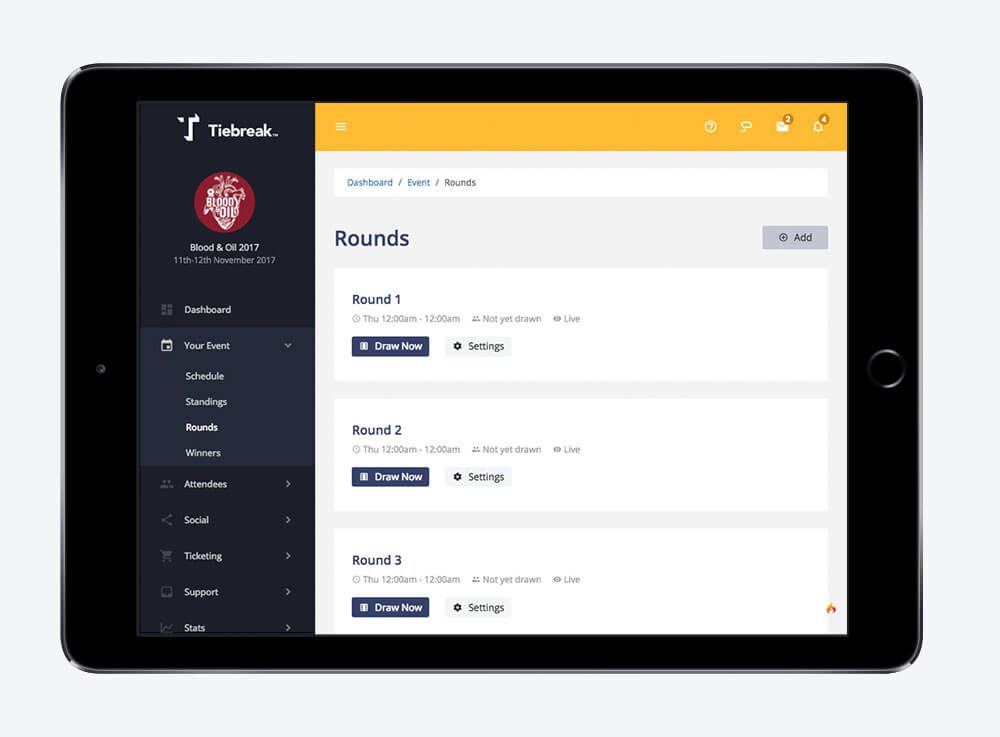 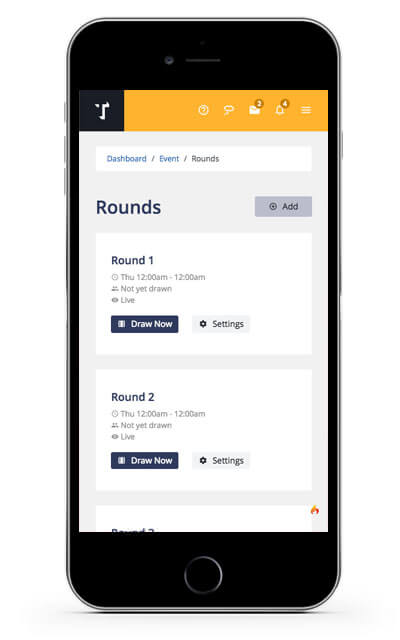 The 3 screens above all show the same section (the rounds section). As we move from device to device the layout adjusts and changes as required. Obviously, this is nothing new and is very expected behaviour these days. The old Tiebreak just didn’t play nice with devices though, which was in part due to how long ago it was built. Back then mobile usage was much lower – around 14% by the end of 2012 – whereas now we see around 52% mobile usage on the web as a whole (Source: Stat Counter). Unfortunately, Tiebreak’s event management system hasn’t kept up with this trend over the years and it’s definitely about time that changed! This new system has been designed and tested across a range of device sizes so it works well on whatever device you decide to use.

So, that gives you a bit of a preview of what the new system looks like. Next time I’ll be going a bit more in-depth on some new features!